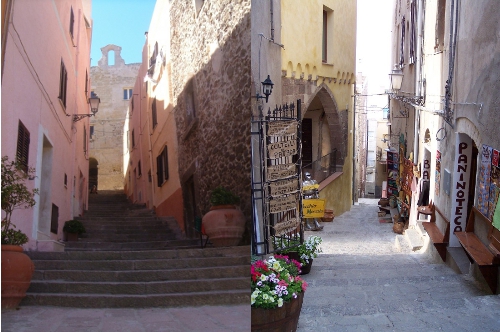 Pretty and shady alleys, terraces overlooking the sea, rather severe looking buildings, old ladies weaving baskets with the dexterity of a dancer.A succession of strips of poetry, this is Castelsardo. It is  a splendid example of a medieval village looking onto the Gulf of Asinara, and only 30 km north of Sassari and 80 km from Alghero. Castelsardo (Sardinian castle)  is known for its very evocative castle, positioned on a rock  fortress for over 900 years, but until two hundred years ago it had two other names before coming to its “real essence”. 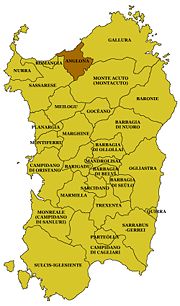 The Doria domination continued for a long period but was eventually replaced by that of the Spanish. The Catalan-Aragonese had to fight a hard and long battle before managing to conquer the extremely well fortified castle, situated on a cliff with a  steep drop on the sea. Even though the town became of Spanish dominion, the Doria were unwilling to leave and continued to live there for another 200 hundred years. In fact, the charismatic Eleonora D’Arborea lived here with her husband Brancaleone Doria and the town only changed its name to “Castelaragonese” in mid 1400. This is when  architecture and painting flourish; the church of S. Maria and the cathedral of S. Antonio Abate with its spectacular dome both date back to this period, inside the church you can see  some splendid Baroque statues, whereas the cathedral has a beautifully painted altar; an ode to gold and colour.

In 1700 the arrival of the Savoia royal family finally gave Castelsardo its name.
The village is a must see, at the foot of the fortress you will find the modern area, full of lively pubs and restaurants where you can order delicious lobster which characterises the area, also thanks to a sheltered sea. A “trattoria” where to go and eat is called “Rocca Ya”, located on the promontory and with an extraordinary view, it serves excellent Sardinian dishes with meat and fish specialities, ranging from boar to pecorino filled gnocchi and spaghetti with lobster!

Other nearby wonders
Not far and also unmissable is the “roccia dell’elefante”  a Domus de Janas rock which time and weather has shaped into an elephant ear, exploring the various cavities in the rock is great fun.  Furthermore, the Romanesque Pisan church of S. Pietro di Simbranos  and Nostra Signora di Tergu are the  two incredibly evocative examples of pearls in a mussel. 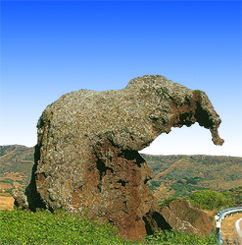 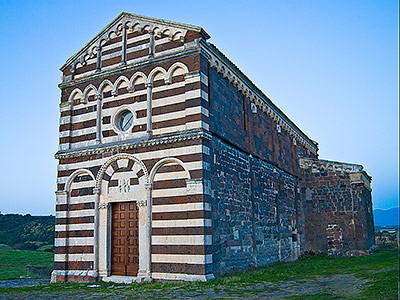 If one were to decide to spend a holiday in this enchanting little town, there are some wonderful offers for the New Year in Castelsardo.