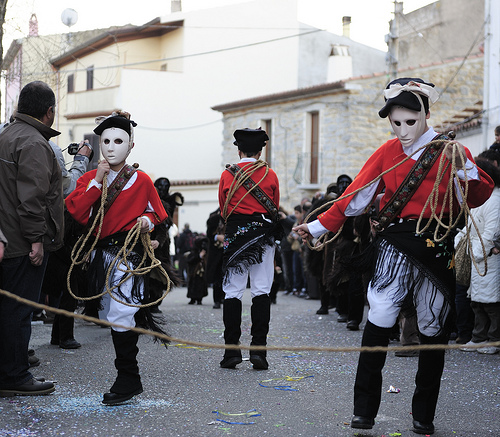 During the Carnival in Mamoiada, in the province of Nuoro, the streets of this city are traversed by a picturesque procession, composed by two typical masks: the Mamuthones and the Issohadores. Two masks indissolubly linked together.

The mask of Mamuthone (visera in Sardinian language) is totally black, with black sheepskins to cover the body of the person and a long string of cowbells tied on his back. Instead the mask of Issohadore is white (visera crara), with black berritta (the traditional Sardinian cap), red bodice, wide trousers and leather boots.

END_OF_DOCUMENT_TOKEN_TO_BE_REPLACED

Culture in Sardinia
Among the folk traditions of Sardinia the medicine is undoubtedly the most particular. And no mention of modern medicine, that we are used today, but superstitions and folk beliefs widely held in the island of Sardinia. Hundreds of people in Sardinia practice healing through rituals that are passed from generation to generation, but only to persons who are considered suitable, and through the use of natural elements. END_OF_DOCUMENT_TOKEN_TO_BE_REPLACED
27 December 2011

Culture in Sardinia
Autumn in Barbagia 2011 Orune is dedicated to poetry and its beauty. The poem is like a work of craft, antique and precious, and through poetry you can tell and enhance the traditions that belong to the land of Sardinia by an indissoluble bond. The event will open Friday, December 16 (and will end on 18) with laboratories and documentary films focusing on poetry and the Sardinian language, while in the streets of the village itinerant actors enliven the morning with two shows. END_OF_DOCUMENT_TOKEN_TO_BE_REPLACED
29 November 2011 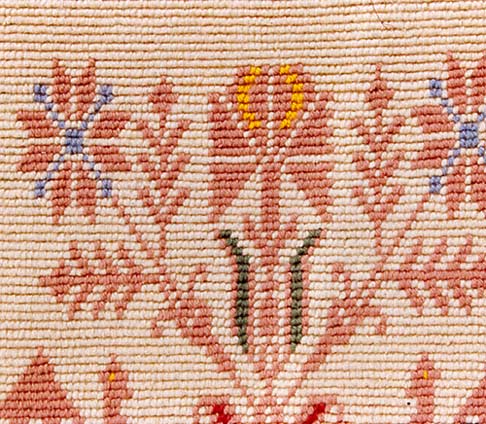 Culture in Sardinia
An ancient tradition lost in a time out of mind: Sardinian carpets are part of isle craftsmanship history. Deeply connected with main Sardinia’s farming activities, the big amount of wool at disposal always permitted a great production of craft products such as carpets, since Roman age. Since 1800, Sardinia’s carpet production was a women’s work prerogative due to the fact that carpets were part of the wedding trousseau. The persistence of this tradition preserved the ancient techniques of production for many generations. The wool used for  Sardinian carpets, is the one coming from ovine rather than the goat’s one.  This main raw material is also woven with textile vegetal fibers such as: cotton, linen and hemp. Colors are made from plants of Sardinia since 1900, to complete a cycle of production in which all is natural, starting from the raw materials to end with the tools used (such as the old wooden handloom). The antiquity of this tradition resounds in the decorations chosen for this kind of carpets, taking back to the ancient iconographic symbols . Discovering Sardinian carpets will take you to the main towns in which this wonderful craftsmanship has been developed: Nuoro, Oristano, Olbia.