Culture in Sardinia
Pottery has an age old tradition in Sardinia, the most important archeological museums of the island treasure remains that date back over 5,000 years.  The production of everyday objects has passed from the expert Nuragic hands to  those of the Punic, Roman,  Medieval civilisations, but only became significant in 1900. To this day,  this ancient craft is a fundamental element of Sardinian heritage,  one has to thank  local artisans; their passion and enthusiasm have kept  it alive and it’s a joy to see the infinite assortment of beautifully hand-made plates, jugs, lamps, ashtrays, coffee cups, saucers  in the shop windows. The decorations are mainly based on the local fauna  often depicting a lapwing, I find the  patterns  very delicate and usually in "mild"  colours, giving an overall effect of  quiet elegance. The cities and villages that boast a long tradition in the world of  pottery and ceramics include Oristano, Pabillonis, Dorgali, Sassari and Siniscola, though the greatest production is concentrated in Cagliari,  in particular in Assemini, where skilled pottery masters which have received endless lists of awards at national and international competitions, still display their magical ability at the potter’s wheel. END_OF_DOCUMENT_TOKEN_TO_BE_REPLACED
10 November 2010

Culture in Sardinia
The  Janas are imaginary creatures of the Sardinian popular tradition, tiny women with a volatile temperament, a bit  witches and a bit fairies, both kind and naughty. Much smaller than humans, in some way they make one think of a Sardinian version of female elves. By no means spiritual creatures, but demons in the Greek meaning , in other words beings between the human and the divine sphere. Their tiny size allowed them to live in the “Domus” which are smaller than normal houses built in the rocks.   This is obviously a Sardinian legend which combines these magical figures with the millenarian stone lodgings and  sounds just like the beginning of a fairy tale.  The Domus are in truth caves dug in rocks by  ancient Sardinian civilisations over 5,000 years ago,  there are many spread all over the island,  from Cagliari all the way up to Santa Teresa di Gallura. END_OF_DOCUMENT_TOKEN_TO_BE_REPLACED
27 October 2010 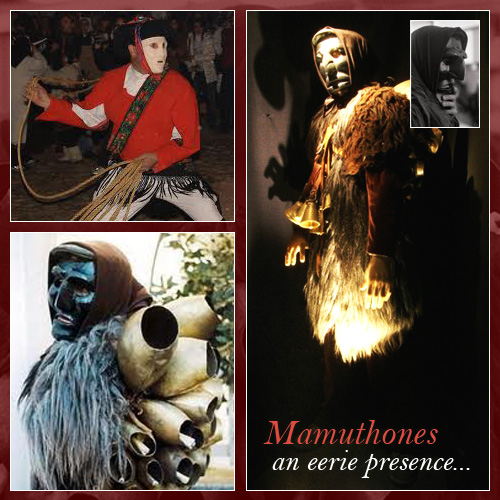 Culture in Sardinia
As part of Autumn in Barbagia, on the 6th and 7th  of November is the amazing opportunity to see the “Mamuthones" procession which usually takes place twice a year, at carnival  on shrove Tuesday, and on the 17th of January. Carnival in Italy has always been felt and celebrated, it’s an occasion particularly for children to dress up as their favourite hero or princess…I still have my old class photographs immortalizing me as an 8 year old nurse alongside draculas, spidermen, gypsies and much more. The small village of Mamoiada, approximately 20 km away from Nuoro is renowned for its very own special Carnival, an incredibly mysterious and slightly spooky procession portraying the acclaimed “Mamuthones”. The feeling of having stepped out of some magic shuttle that has just taken you back in time is unmistakable..  the impression is that of attending an ancient pagan ritual. The Mamuthones masquerades in fact date back to the pre Christian era, they fully portray a deep sense of tradition, typical of  old mountainous populations and extremely rare to find in this day and age. END_OF_DOCUMENT_TOKEN_TO_BE_REPLACED
22 October 2010 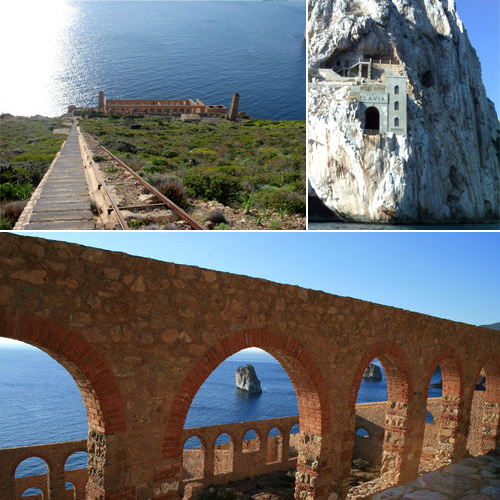 Culture in Sardinia
Unspoilt vegetation, crystalline sea, sandy beaches  are  undoubtedly Sardinia’s “tag” words but the territory's abandoned mines are equally representative of the island and  incredibly evocative and bewitching. These old mines and workers’ villages were closed over twenty years ago,  their undeniable  beauty and particularity  caused the  “UNESCO” to turn them into heritage of humanity, creating the Geomineral, Historical and Environmental park of Sardinia. This meant  restoration  and renovation of  these fascinating pieces of industrial archeology  that opened their doors to the public a few years ago.  One is free to wander around and imagine what the atmosphere must have been like in full activity...the noise of the mining trolleys, cries of the miners, rising dust. If only these edifices could talk.. is a frequent thought of mine. The mines are mostly concentrated in the south western coast of the island near the towns of Iglesias, Carbonia (coal in Italian..)  and Arbus. END_OF_DOCUMENT_TOKEN_TO_BE_REPLACED
15 October 2010

Culture in Sardinia
My fascination for churches and cathedrals dates back to my teens, I remember avidly listening to my History of Art teacher describing the architecture, sculptures, paintings and frescoes of these marvellous and in many ways miraculous buildings. I would observe the beauty of every detail with fascination and awe, marvelling at the artists’ mastery …asking myself how they could have reached such perfection..and all those years ago. Sardinia has an extraordinary number of churches strewn all over its territory, their style and architecture cover a variety of historical periods; Byzantine, Romanesque, Baroque to name the most important. The most striking feature is that these unbelievable works of art are often situated unequivocally “in the middle of nowhere”, they are surrounded “by nothing”, simply open countryside and fields, the nearest living presence is that of the sheep delicately grazing nearby. They appear like a vision, unexpectedly, a bit like finding a pearl in a mussel...so to speak.. END_OF_DOCUMENT_TOKEN_TO_BE_REPLACED