This summer in western Sardinia, close to one of the most beautiful beaches of the Mediterranean, the nomadic festival organised by the Dromos cultural association will take place. With special events in Oristano and the surrounding area as far as the town of Olmedo, the festival will celebrate the language and music of the region. END_OF_DOCUMENT_TOKEN_TO_BE_REPLACED

END_OF_DOCUMENT_TOKEN_TO_BE_REPLACED

The island of Tavolara is a huge limestone plateau that rises proudly from the turquoize sea of north-eastern Sardinia. It is the subject of thousands of myths and legends that speak of a king of the island and of wild goats with golden teeth. On the high rocky walls one can make out a number of caves that were inhabited in prehistoric times and many nests of both peregrine falcons and cormorants. The island is a protected area due to its outstanding natural beauty. END_OF_DOCUMENT_TOKEN_TO_BE_REPLACED 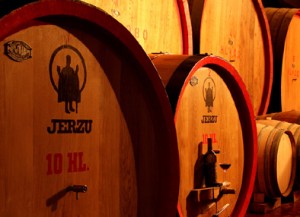 Sardinia's rows of sun-soaked vines creak under the weight of the dark, juicy grapes of the full-bodied Cannonau, the oldest wine of the Mediterranean. END_OF_DOCUMENT_TOKEN_TO_BE_REPLACED

Just off the south-western coast of Sardinia the enchanting island of San Pietro emerges from the turquoize sea, a wonderful, wild, unspoilt paradise where nature reins supreme. There is only one settlement, the charming, old town of Carloforte, founded in the distant past by a group of Ligurian fishermen, and the island is overflowing with incredible natural wonders, from breathtaking beaches with multicoloured seabeds to rare wildlife, like falcons. END_OF_DOCUMENT_TOKEN_TO_BE_REPLACED