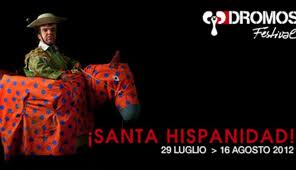 This summer in western Sardinia, close to one of the most beautiful beaches of the Mediterranean, the nomadic festival organised by the Dromos cultural association will take place. With special events in Oristano and the surrounding area as far as the town of Olmedo, the festival will celebrate the language and music of the region.

From 28th July to 19th August 2012, the 14th edition of the Dromos Festival offers visitors a rich and varied programme of concerts from international artists, literary events, exhibitions, children’s workshops and urban trekking.

This year’s theme is “¡Santa Hispanidad!”, a celebration of the cultures of Spain and the others they have mixed with over the centuries. This includes Sardinia, where the four-hundred years of Spanish rule are still evident in the language, traditional dress, festivals and religious rites of the island.

The festival will begin in the town of Mogoro, where the great Cuban pianist Sosa will showcase his latest project: the Afri-Lectric Experience. Visitors will then be treated to Caceres’ melancholy, Argentine ‘black tango’ (in Baratili San Pietro), and performances from the Columbian Galeano (in Nurachi), Amigo’s flamenco, the singer Buika, the trumpet player Masekela (an icon during the struggle against apartheid) and Paulo Fresu and the Aldiano quartet (all in Oristano). 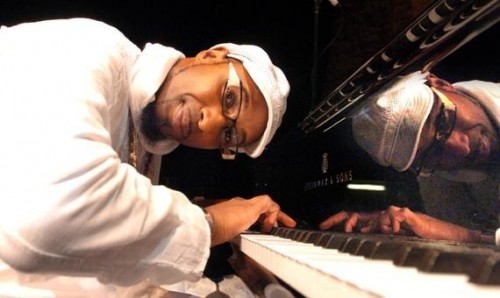 There will be a section dedicated to the visual arts and, new to this edition, “Hispanidad Libre“, a programme of literary events with writers like Montero, Gamboa, Martínez de Pisón and Fortes, and a final homage to the legendary Mexican artist Frida Khalo.

The festival is further enhanced by the ‘Edges of the Empire’ exhibition, displaying a selection of work by prominent artists and the photos chosen for the photography competition on the theme of ‘Hispanidad’ which was started using social networks.

For the sixth consecutive year the affiliated ‘ Mamma Blues‘ festival will take place in the town of Nureci, where fantastic musicians such as Sue Foley, one of the best current female performers, and Paolo Bonfanti, one of the most famous and populare Italian bluesmen will take to the stage.

The climax of the festival will take place in Olmedo with ‘ Baranta‘ an event that takes its name from a prehistoric wall. There will be a three-part concert with music from Saba Anglana or the Sardinian group Tzocu.

More than ever, the Dromos festival is a wonderful, magical event that celebrates art in its many guises.