Santa Teresa di Gallura is a small town on the northern tip of Sardinia popular with holiday makers from all over the world. It shares the Strait of Bonifacio with Corsica, an area where nature reins supreme and where it’s quite common to see dolphins.

Each year this marvellous scenery is the backdrop to Musica sulle Bocche (a play on words: literally ‘music on the mouths’, but the word for mouths, bocche, is also the name of the strait – le Bocche di Bonifacio), a jazz music festival. The festival itself is built up to by a series of open-air concerts from the 17th to the 29th August, which take place each day at sunset in one of the most beautiful locations in Gallura. It is a truly magical experience, and you are sure to be enchanted by the tunes of the great musicians, echoing down the streets as you return from a day spent relaxing on the beach.

From 30th August to 5th September 2012, Santa Teresa di Gallura hosts the main events of the festival: the most beautiful streets and piazzas host incredible concerts featuring the most important Italian and international jazz musicians. The concert held under the stars on Rena Bianca, the beach of the town, is simply unmissable. The cooling breeze blowing from the sea and the hot notes of jazz will seranade you until the dawn, the true climax of this experience. 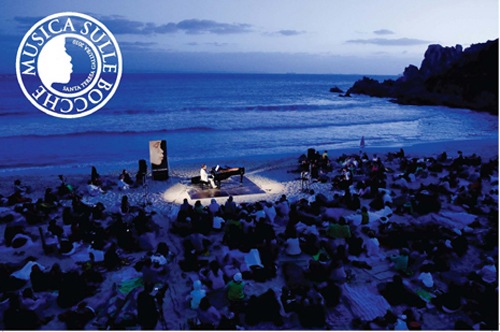 On the 30th August Rolf Lisveland and the pianist Stefano Bollani open the festival. On the 31st the Norma Winstone Trio and Kong Vu, the trumpet player from Seattle will perform. On the 1st September you can see the Guiljlim Simkock Trio and the Anouar Brahem Quartet. On the 2nd its the turn of Mom 8 and the great American saxophonist Dave Liebman. On the 5th September, John Surman will perform on the Rena Bianca beach, and will continue until sunrise, marking the end of the festival in unforgettable style.

Considered a great success (in 2011 more than 25,000 people partecipated), the festival has increased its size and now includes folk music and public readings and contemporary visual arts displays.