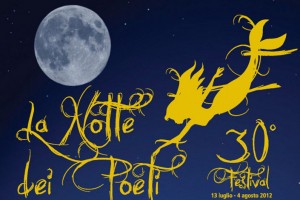 Nora is an archaeological area less than 19 miles (30 km) from Cagliari that was founded by the Phoenicians and later inhabited by the Carthaginians and the Romans. It is situated on a promontory near Pula, a town famous for its wonderful sandy beaches and clear turquoize seas, and enjoys fabulous views of the surrounding area.

The remains are those of a town, in the true modern sense of the word, perhaps the first of its kind in all Sardinia. You can make out a commercial area full of shops, public baths decorated with mosaics, traces of harbours now swallowed by the sea, a holy area with temples, and a beautiful Roman theatre.

The theatre is brought back to life each year in the month of July by the Notte dei Poeti (Night of the Poets) Festival. The silence that envelops this ancient structure is replaced by the words of artists, intellectuals and writers who return the sound and the magic of performances to this ancient stage.

Madness, in its many guises, will be the main theme of the thirtieth edition of the festival. The opening of the event is entrusted to the beautiful Caterina Murino who will interpret Flaubert’s novel Salammbô, which is set at the time of the first Punic War (13th July). Alessio Boni and Marcello Prayer will read the poetry of Alda Merini, which deals with her time in a mental home, such as Il Canto degli esclusi (the singing of the excluded) (14th July), whilst Garcia Lorca’s Versos Contrarios, inspired by metaphysics, will be entrusted to the eclecticism of Rossy de Palma. The talented Claudio Santamaria will read us The Memoirs of a Madman, also by Flaubert, accompanied on the cello by Francesco Mariozzi (20th July). The festival will close with the reading of Fourth Dimension by the Greek poet Yannis Ritsos, interpreted in a unique way by the ‘musical stones’ of Pinuccio Sciola and the actor Moni Ovadia. 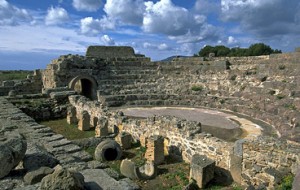 There will also be dancing (15th July), film screenings (from 16th to 18th July), recreational-sensory trails at the Theatre of the Senses (from 17th to 20th July), meetings around the bonfires on the beach with Senio Dattena (18th July), jugglers in Piazza del Popolo (19th July), workshops for children at Casa Frau and in the church of Sant’Efisio (from 13th to 17th July) and the music of the Nora Jazz Festival that will conclude the series of events (from 1st to 4th August).

Nora offers you a chance to rediscover the magic of its ancient town. The echoes of the sea and the roof of stars will be witnesses and guardians of the poetry festival.