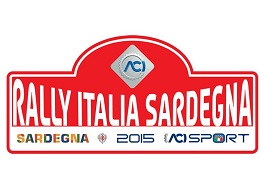 Following the success of the rally held in Sardinia in 2014, the Italian trials for the World Rally Championship will be held in Sardinia, from 11th ‘til 14th June. This year, for the first time, each of the four historic provinces of Sardinia will be present (Cagliari, Oristano, Sassari, Nuoro), as well as Olbia-Tempio.
As in 2014, this year’s edition of Rally Italia Sardinia will be hosted in Alghero, one of the most popular Sardinian tourist destinations with its Catalan-style old town, on the northwest coast of the island. Organised by the Italian Automobile Club with logistic support by ACI Sport, this is the twelfth consecutive year that the Rally has been held in Sardinia, after replacing Sanremo as the Italian leg of the most important car rally in the world.

PROGRAMME
The event will be launched in Cagliari on 11th June, with an opening ceremony and a special trial. The competition will then move the following day to Oristano and Sassari for the first day of racing, and will then go to Sassari, Olbia-Tempio and Nuoro on the second day. It finishes in Sassari on 14th June.

INTERESTING FACTS
– The Friday race near Oristano is new in the rally’s history, introducing some roads that have never previously been used
– Saturday’s test, over 200 km long, is the longest route in the rally since 2012
– The spectacular Micky’s Jump at Monte Lerno and the race at Chilivani racecourse are not to miss
– The final leg north of Alghero includes a new trial at Monte Baranta and the coastline of Cala Flumini, one of the most competitive and significant routes in the rally 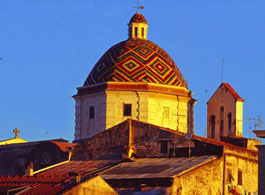 Also known as Little Barcelona, Alghero has maintained the traditions and language of Catalonia. It is the capital of the Coral Riviera, so-called for the presence in its waters of a large quantity of precious red coral. Alghero, with its delightful cobbled streets, ancient walls, boutiques and vibrant atmosphere is a must for anyone visiting Sardinia.

For further information:
– Official site of Rally Italia Sardinia
– Tourist information about Sardinia
– Where to sleep in Alghero