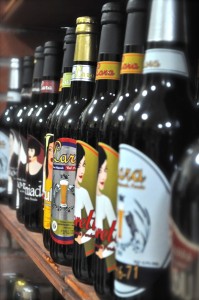 Making beer is an art, a passion, and an academic discipline – it’s not for nothing that we talk about ‘brewmasters’. This drink, that was born in Mesopotamia in the fifth century B.C, is much more than a mere infusion of fermented and flavoured malt – it is an institution. Maybe it all comes down to the hop, added to the recipe in 768 by French Benedictine monks due to its medicinal properties, something it shares with its close relative, cannabis, a member of the same plant family. Given the runaway success of the drink in the following centuries perhaps it also shares its relative’s addictiveness!

This year is the centenary of ‘Ichnusa’, without a doubt the best known of Sardinia’s beers, and as this milestone is celebrated Sardinia’s brewing tradition is in a state of rude health, and the annual pro capita consumption of beer on the island continues to grow, currently standing at about 26 litres. Yet whilst the hundredth anniversary of ‘Ichnusa’ is eyecatching, perhaps the true barometer of Sardinian brewing is the growing number of traditional microbreweries, that are flourishing like never before. There are around fifteen of these ‘craft-breweries’ producing a wide range of different beers, such as the honey-like ‘Biddanoa’ (from the brewery of Cagliari), the citrusy Toccadibò (from the Barley brewery in Maracalagonis), the hoppy Pilsner (from the Sedilo brewery) and the sweet Rubja (from the Lara di Tertenia brewery), to mention just a few. But it is in Sant’Antioco that you can find the best Italian beer of 2011 (for its category): Flavia, from the Rubiu brewery, best enjoyed on one of Sant’Antioco’s breathtaking beaches as the sun goes down. 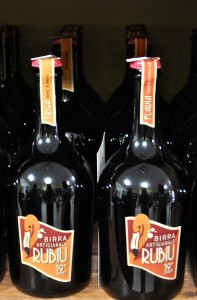 During the year occasions to celebrate the beloved amber nectar are not lacking, with a vast number of beer festivals organised throughout the island, from Isolabirra (Gonnesa, 23rd June) to Birras (Montevecchio, 7th July), from the Festa della Birra Trinitaiese (Trinità D’Agultu, from 16th to 19th August) to the Festival of craft beer (Cagliari, November) and our very own version of the famous Octoberfest (Cagliari, 19th-20th October), not to mention any number of smaller village festivals. Wherever you go in Sardinia, you’re sure to be greeted with the sound of clinking glasses, and, whatever happens, you’ll never go thirsty.