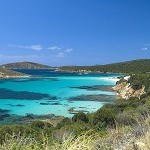 Sardinia has recently been in the international press for its longevity statistics: the number of centenarians on the island is twenty times higher than in the US. Genetic studies in collaboration with the NIH have shown that circa 20 percent is due to genetics, with many other factors contributing.
National Geographic fellow Dan Buettner, identifying Blue Zones around the world that have a high incidence of citizens living to and beyond the age of 100, has studied lifestyle habits in these areas for over a decade. Sardinia is particularly interesting, as the male – female longevity ratio is well balanced, with men living as long as women.
Susan Pinker, writing for The Guardian, suggests that this is also due to community, claiming that loneliness is a determining factor for our health. The Sardinian communities are tight-knit, often with families living in close proximity to each other, providing daily occasions for the youngest members to socialise with the oldest. 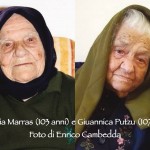 It is more common for the elderly to live with their relatives, or stay at home with a live-in help, than to go to retirement homes, which are regarded with suspicion in Sardinia. Visits by friends and relatives are daily, and the elderly often keep up with activities, from tending to their allotments to embroidery and breadmaking.
At a recreational centre in the coastal town of Teulada, with 3,700 inhabitants, the town’s most senior population meet every afternoon. Birthday cake candles litter the bookshelves, with numbers frequently going up to 106, and photos of many grinning 100+ faces. Men play cards together, women embroider and make Sardinian cakes. Each day, sons, daughters, family members or friends accompany them to the centre, often the mayor, or town doctor. A nursery in the same building, as well as a veterinary clinic, means the elderly are always in the thick of society.

Another contributing factor to a long and healthy life is undoubtedly the Sardinian diet. Of the 100 years lived, much of that has been spent thinking about, talking about, producing, cooking and eating food. It is a national obsession. Each village has its own fiercely-guarded speciality, and much of the food and wine is produced locally. Fruit and vegetables are seasonal, and more often than not, the Sardinians know producers of cheese and staples of their diet personally. 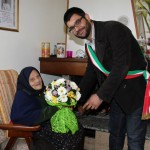 Buettner points out that Sardinian centenarians were often shepherds, living a simple existence, on a plant-based diet, with plenty of exercise due to the nature of their work. Life in Sardinia when the present centenarians were young, was much more agriculturally-based than it is today. It will be interesting to monitor longevity as lifestyle changes.

There is certainly a higher rate of obesity in Sardinia today compared to fifty years ago, but it is still a relatively rare  condition. Genetically-speaking, the Sardinians may have advantages regarding longevity, but they also, together with the Finns, have the highest incidence in Europe of type 1 diabetes. Multiple sclerosis and its coincidence with type 1 diabetes is also more common on the island than elsewhere.

As always, genetics and lifestyle aside, a dose of good luck is also a significant contributing factor to a long, healthy and happy life.