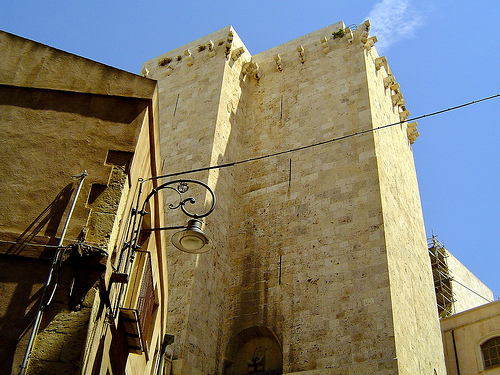 Holidays in Sardinia
The Aragonese castle of Siviller, located near Villasor in the province of Cagliari, is one of the most unique castles of Sardinia. The reason lies in its curious architecture that combines civilian and military architectural style. The style of this fortress is medieval but its size and structure of civil residence, give it something really special. It was built at the behest of the customs officer of the Castle of Cagliari, John Sivilleris, with permission of the bishop of the capital of Sardinia, for military purposes: in fact it had to defend the area against attacks by the rebels of Arborea. END_OF_DOCUMENT_TOKEN_TO_BE_REPLACED
8 May 2012 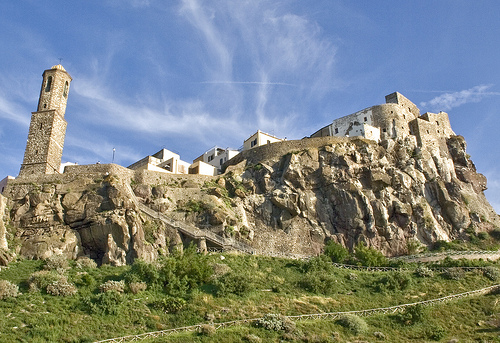 Holidays in Sardinia
The manor of Castelsardo is among the most visited and fascinating castles in Sardinia. Once it was a vital center of the town of Castelsardo, in the province of Sassari; now it is still surrounded by fortified walls that had only one access road: you can still see the hinges on which was mounted the massive door. As a matter of fact, there was also a maritime access to the castle that was used during the sieges: hence came the ships loaded with supplies from Genoa. END_OF_DOCUMENT_TOKEN_TO_BE_REPLACED
7 May 2012

Holidays in Sardinia
Among the castles of Sardinia, the Castle of Sassari had a very troubled history, and has passed several times with difficulty. Built in the XIV Century, it was used by the population of Sassari to resist the Crown of Aragon. Later, from 1535, it was used by the Inquisition and was converted into a barracks for the Royal Italian Army until 1877. The demolition of this castle began in that year, to make space for squares and for the barracks of Lamarmora, headquarters of the Brigata di Sassari (“Sassari brigade”). END_OF_DOCUMENT_TOKEN_TO_BE_REPLACED