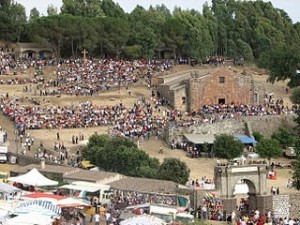 Sedilo, a town in the Oristano province of Sardinia, is perched above a basalt plateau overlooking the Tirso, the longest river on the island. Each year, from the 6th to 7th July, it hosts one of the most unique and strikingly beautiful festivals in the whole of Sardinia: the 'Ardia', a breakneck race that forms part of an ancient religious tradition. END_OF_DOCUMENT_TOKEN_TO_BE_REPLACED 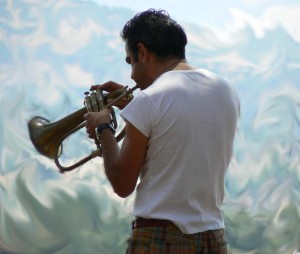 Berchidda is a calm, quiet town, nestled at the foot of Mount Limbara. During the summer, however, thanks to the Time in Jazz festival, that reaches its 25th edition this year, the town bursts with sound and colour, and everything becomes music, even the joyful clink of cutlery as slap up meals of Berchiddese soup, one of the most famous dishes of Gallurian cuisine, is prepared in the town's churches with bread, cheese and mutton broth. END_OF_DOCUMENT_TOKEN_TO_BE_REPLACED 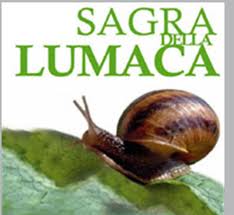 Food festivals and Folklore in Sardinia
Roasted, fried, au gratin, in tomato sauce, in wine , with fregola pasta..these are some of the snail delicacies that will be served at the snail festival of Gesico, a small country village in the outskirts of Cagliari in southern Sardinia.