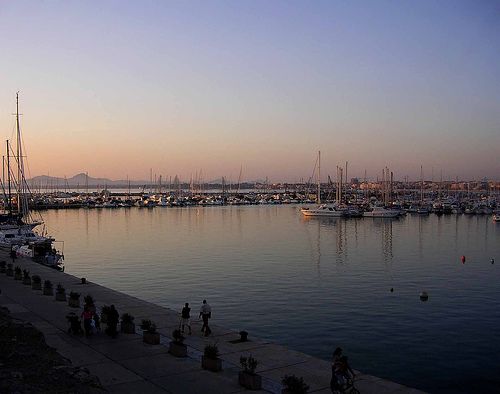 Events in Sardinia
From 25 February 2012 to 25 March 2012 will take place at Algero the Festival of Bogamarì, one of the culinary events most anticipated by citizens and tourists. The slogan "Alghero, a city of the sea urchin," emphasizes the historical and economic importance represented by the bogamarì (sea urchin). At the festival of the sea urchin of Alghero, people come from all over the world, eager to sample signature dishes, based on the bogamarì. The old town of Alghero on the occasion turns into a big banquet where tourists and locals alike can taste and buy all the dishes of this delicacy. The main course is spaghetti with sea urchin, a recipe for easy preparation remained unchanged over the years to bring to the table a unique flavor, appreciated even by the most refined palates. END_OF_DOCUMENT_TOKEN_TO_BE_REPLACED
8 February 2012

Food festivals and Folklore in Sardinia
It is a tradition still young, that of the Artichoke Festival of Uri, in the province of Sassari. The first event is, actually, dated 1990. Not so young, however, is the tradition of growing artichokes as well as that of producing exceptional wine, olive oil and cheese. From Uri traditions, then, comes the invitation to discover its treasures  food, food and craft: the key players that contribute to the success of the Artichoke Festival. Obviously, the Artichoke Festival of Uri is a complete festive time and does not forget culture, folklore and fun, as in the good tradition of Sardinian parties. END_OF_DOCUMENT_TOKEN_TO_BE_REPLACED
3 February 2012

Events in Sardinia
Easter in Alghero is part of the large group of Sardinian traditions. It is an ancient rite and strongly felt among the inhabitants of the city. The celebrations begin with the Easter Holy Week and mark the important liturgical moments kept alive by the will to carry on the traditions and beliefs that are rooted in a world far away and mysterious. END_OF_DOCUMENT_TOKEN_TO_BE_REPLACED
31 January 2012 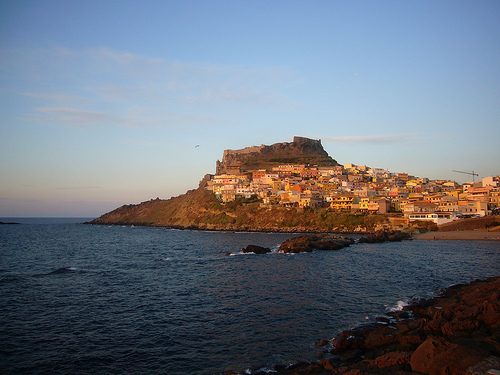 Events in Sardinia
One of the most romantic places in Sardinia to spend Valentine's Day is undoubtedly Castelsardo, in the province of Sassari, one of the most beautiful historic towns of Italy. At the center of the Gulf of Asinara stands majesty the promontory on which stands the medieval village founded by the powerful Republic Maritime of Genoa. Originally the name of the village was Castel Genovese. END_OF_DOCUMENT_TOKEN_TO_BE_REPLACED
12 December 2011

Events in Sardinia
Spending the New Year’s Eve  in addition to Sardinia relaxing and fun can be an opportunity to discover ancient traditions: how to join the Festival of Sa Pertusitta, Sa Zuada  Sa Cabude, a gastronomic event but also a sacred ritual handed down from generation to generation. Bultei is a small town in the province of Sassari,  people used to celebrate the New Year Festival  cooking Sa Pertusitta, Sa Zuada and Su Cabude traditional Sardinian bread, prepared following the ancient recipe: the first is a cake decorated with images of shepherds and sheep in relief, the second with image of oxen and plows, while the Cabude has a circular shape that resembles a crown filling with jam of figs of india. END_OF_DOCUMENT_TOKEN_TO_BE_REPLACED