Holidays in Sardinia
For the first time, the Castle of Orguglioso was mentioned in 1286, in a treaty between the court of Arborea and the Municipality of Pisa. The fort was part of a defensive system that suffered in later centuries, the turbulent fortunes of all the disputed territory of Sardinia. Around 1326 the Castle of Orguglioso, with the other Sardinian castles hitherto held by the Municipality of Pisa, passed to the Aragonese. But  its fortifications buckled under the onslaught of seven hundred knights loyal to the court of Arborea during the conflict against the Crown of Aragon (1353). Since then, the Castle of Orguglioso lost its defensive function: it became a mere geographical reference point for travelers and it was renamed Castle of Sassai, in honor of the village located near it. END_OF_DOCUMENT_TOKEN_TO_BE_REPLACED
30 April 2012 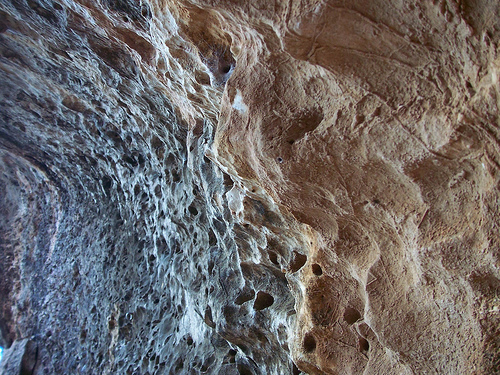 Nature in Sardinia
Near Dorgali, south of Cala Gonone, there is a karst canyon that faces near the see: the Codula Fuili. The amazing cave of Crystals is there. Among the numerous Sardinian Caves and among the caves Supramonte marino di Dorgali area, the cave of Crystals can boast a specificity that makes it unique. Inside, in fact, it was discovered a Roman burial place, dated thanks to the presence of two oil lamps fund close and traced to the historical period. Setting to this testimony ancient charm collected from this cave and this Sardinian area, the calcareous concretions, columns, stalagmites and stalactites continue to impress the visitor of the telluric deepness. END_OF_DOCUMENT_TOKEN_TO_BE_REPLACED
26 March 2012

That of May 1, for the Shrine of St. Francis of Lula, a few kilometers from Nuoro, is a popular event in Sardinia. It is a festival confirming, each year, the people devotion to the saint. But this devotion goes far beyond the territorial boundaries of Lula. The cumbessias: guest quarters for pilgrims coming from far away, are the demonstration of that wide devotion.

END_OF_DOCUMENT_TOKEN_TO_BE_REPLACED

Food festivals and Folklore in Sardinia
It’s the chance to enjoy one of the most typical and delicious delicacies that Sardinia has to offer: we are talking about the Sardinian nougat Festival hosted by the town of Tonara, Barbagia. Event which, in 2012, will reach a milestone, celebrating its thirty-third edition. In 2012 too, by tradition, the Sardinian nougat Festival will take place in the Easter weekend and will last three days: Saturday, Sunday and Monday. END_OF_DOCUMENT_TOKEN_TO_BE_REPLACED
18 January 2012 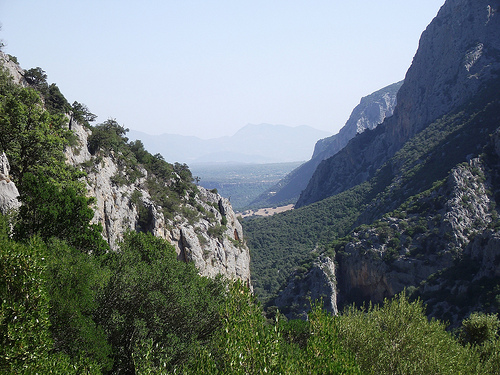 Culture in Sardinia
The nuragic village of Tiscali is in the valley of Lanaitto in Sardinia, more precisely, between the town of Dorgali to Oliena. The village, nestled in a valley, stands atop Mount Tiscali and is considered one of the wonders of Sardinian archaeology. At the nuragic village of Tiscali you get by following the paths belonging to coal miners through suggestive woods of oak. The village is hidden in a cave very charming, that had a double major function: on the one hand allowed the villagers to remain hidden and protected from external attacks, on the other through the large window at the top, a real cleft of the mountain, to allow residents to control the valley. END_OF_DOCUMENT_TOKEN_TO_BE_REPLACED