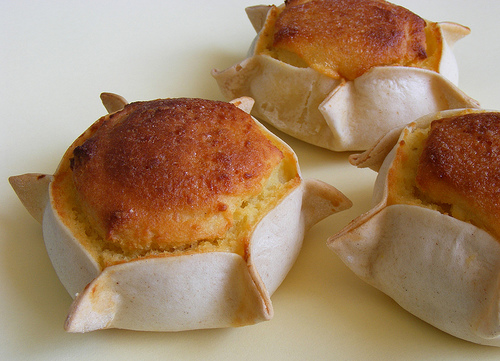 Food in Sardinia
During the Easter in Sardinia, the most typical Sardinian sweets are the so-called pardulas: delicious and delicate little pies, stuffed with a filling of ricotta cheese or cheese, depending on your tastes. These little pies, as other typical Sardinian sweets, have different names depending on the specific area where they are prepared: they are called pardulas in the South West Sardinia, “casadinas” in Nuoro, “casgiaddina” in Sassari and in Logudoro. END_OF_DOCUMENT_TOKEN_TO_BE_REPLACED
11 November 2011

Food in Sardinia
The recipes in the north of Sardinia are a masterpiece of fantasy. Various and diversified, come from the peasant tradition typical of the inner regions, whose main products are oil and wheat. In particular in the area of Gallura the most common ingredients are sugar and honey, used in both sweet and salt dishes. END_OF_DOCUMENT_TOKEN_TO_BE_REPLACED
1 November 2011 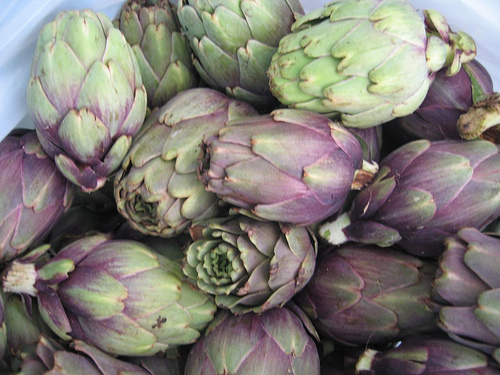 Food in Sardinia
If you’re looking for a way to prepare Sardinian artichokes in an easy, fast and tasteful way, you’re in the right place. Artichokes farming, in Sardinia, is diffused in the whole isle. Here you can find two variety of this vegetable: the one with thorns and the one without. The first kind are finest and more flashy, even if they’re of medium-small size and the more resilient to climate changes. This variety is often eaten raw, with pecorino scales, given them sweeter taste. This recipe will be ready in 30 minutes and it will take 15 minutes of cooking. END_OF_DOCUMENT_TOKEN_TO_BE_REPLACED
24 October 2011

Food in Sardinia
Lamb with saffron is a recipe which can brag about the presence, between its ingredients, of two of the most classic products of Sardinia. As a matter of fact Sardinia, with its cattle of 4 millions of sheeps, is one of the main Italian livestock farming area. An heritage Sardinian people’s emphasizing rediscovering the ancient production techniques which can guarantee respect for the environment and quality. Quality of production which characterize many kind of products from Sardinia and let the Sardinian saffron gain the quality label DOP. END_OF_DOCUMENT_TOKEN_TO_BE_REPLACED
18 October 2011 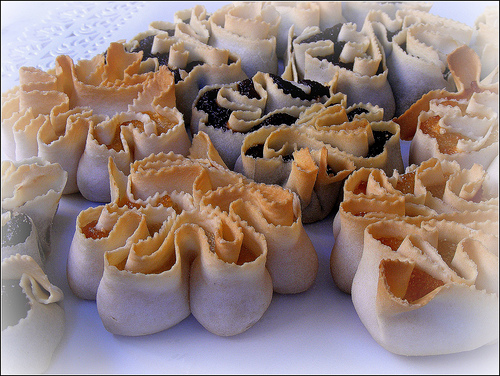 Food in Sardinia
Tiliccas, also called Caschettas, are a traditional sweet recipe from Sardinia. This dessert comes from the village of Mamoiada, in Barbagia, where it’s given to families as a present to ease the mourning pains and to let St.  Abbot Anthony comfort them. Preparing tiliccas will take two hours. END_OF_DOCUMENT_TOKEN_TO_BE_REPLACED