Just off the south-western coast of Sardinia the enchanting island of San Pietro emerges from the turquoize sea, a wonderful, wild, unspoilt paradise where nature reins supreme. There is only one settlement, the charming, old town of Carloforte, founded in the distant past by a group of Ligurian fishermen, and the island is overflowing with incredible natural wonders, from breathtaking beaches with multicoloured seabeds to rare wildlife, like falcons. END_OF_DOCUMENT_TOKEN_TO_BE_REPLACED

Nestling between the mountains of Barbagia that encircle Gennargentu, the Gulf of Orosei and the marvellous beaches of eastern Sardinia, Ogliastra is a region that seduces the traveller with its unique landscape, characterised as it is by the imposing rock formations known as the Tacchi (or 'heels'). END_OF_DOCUMENT_TOKEN_TO_BE_REPLACED 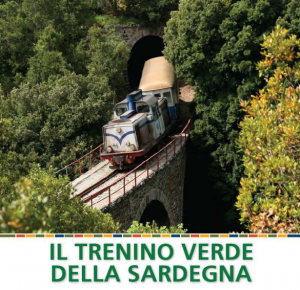 Almost a hundred years have passed since, in 1921, the English writer D.H. Lawrence and his wife Frieda went on their journey into the Sardinian interior, a journey that was made famous by Lawrence's book 'Sea and Sardinia'. If you want to relive the same experience, hop on board ARST's Trenino Verde (Little Green Train), and discover the timeless, wild hinterland of Sardinia, where little has changed in hundreds of years. The third class carriages that Lawrence travelled in have been faithfully reconstructed to every last detail and to take your place on its narrow wooden seats below the bulging luggage racks is to travel back into the past and discover a world long since disappeared. END_OF_DOCUMENT_TOKEN_TO_BE_REPLACED