Events in Sardinia
If you are thinking about spending the long weekend of May 1 in Sardinia, here are some ideas for organizing this wonderful mini-vacation in the spring of Cagliari, Sardinia. And there's no better time to visit this city, since May 1 is celebrated Sant'Efisio with the festival dedicated to him, which can boast of an ancient tradition. Now it will be possible to watch the parade of Traccas, and decorated wagons pulled by oxen, which opened the festival involves the whole soul folk of Sardinia. Music and costumes make their appearance and create an unforgettable frame exposure of the statue of the saint that is transported along the path that he did to his martyrdom, happened to Nora. The procession starts on streets decorated with rose petals. END_OF_DOCUMENT_TOKEN_TO_BE_REPLACED
15 March 2012

From April 21 to May 2, 2012 will be held in Cagliari the 64th International Trade Fair. The flagship event of the International Fair of Sardinia welcomes all economic operators in a moment of exchange and interaction between innovation, tradition and excellence.

The International Trade Fair 2012 will take place in the entire exhibition area of Cagliari, with more than 80,000 square meters of exhibition space that will be the showcase for 1,000 exhibitors and will give the welcome to over 400,000 visitors. Numbers that are renewed every year and that mark, edition after edition, the success of an event becoming a reference point throughout the Mediterranean area.

END_OF_DOCUMENT_TOKEN_TO_BE_REPLACED 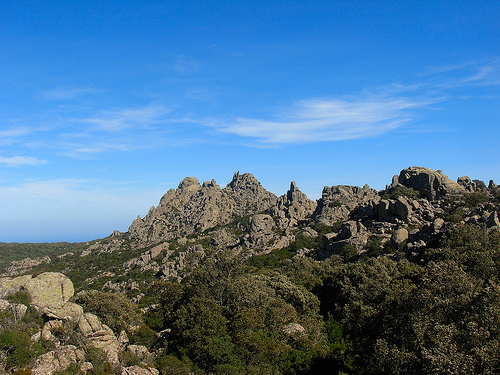 Sport in Sardinia
Foresta dei Sette Fratelli - The Forest of Seven Brothers- , which is part of the natural area of Sette Fratelli-Mount Genis, is a state property  area which is located in the province of Cagliari, easily accessible from the Sardinian capital. This forest is a place where lovers of trekking and hiking can discover the wild and unexplored side of Sardinia. END_OF_DOCUMENT_TOKEN_TO_BE_REPLACED
7 February 2012

Events in Sardinia
The Holy Week is a religious event in Cagliari intensely felt from Cagliari and from visitors who come for the celebrations. The week before the Easter ritual is a series of processions and ceremonies that take place in the old city of Cagliari, in the four historic districts, and have a centuries-old tradition. From Good Friday until the following Monday of passion, fraternities organize the ceremonies that involve the entire city. END_OF_DOCUMENT_TOKEN_TO_BE_REPLACED
6 February 2012

Events in Sardinia
The Chia Classic back to year 2012 in Sardinia, the first professional event in Italy for "waterman”. This year the race and its organizers will occupy the beautiful coast sulcitana to accommodate champions of the most spectacular water sports: surfing, kite surfing, windsurfing and stand up paddling (UP). Proud to join in those sports, there will be mountain bike. The event gathers around it all the fans of these disciplines now famous, the great professionals champion and newcomers in search of excitement. The categories that can participate in competitions are divided into: kids-“Pippius” under 12, Juniors-“Piccioccus” up to 18 years, the Open between 18 and 35 years, Masters-“Antigus” between 35 and 50 years and finally the Grand Masters-“Beccius” over 50 years. END_OF_DOCUMENT_TOKEN_TO_BE_REPLACED